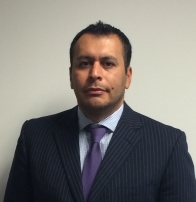 Mr. Parada moved to Houston, Texas shortly after graduation to attend law school at Thurgood Marshall School of Law. Mr. Parada was hired immediately after law school by an immigration firm in which he gained both practical and trial experience. In 2007, Mr. Parada entered private practice as a Houston immigration lawyer.

He has successfully represented hundreds of individuals in obtaining their Permanent Residence status. Tony has a passion for helping people and feels strongly in the representation of every person's rights. That is the reason he treats every case as if it was his own.

View our firm's profile at FindanImmigrationAttorney.com.